A Trip To Sun Splash!

Yesterday I took the kids to a waterpark in cape Coral named Sun Splash, you can find more information here.  We arrived right when they opened which I think ended up being a good things as the park filled up quickly!  Our party consisted of myself and 3 kids, and because my youngest has turned 2 I had to pay full price for him (ouch).  At the entrance it clearly states "No outside food and drink" and when they went through (yes, you read that right!!) my diaper bag they discovered some packs of goldfish that I had brought for my son to snack on.  Well, shame on me!!  I had to take all three kids and put the contrabands (!!) back in the car, only to have my bags searched at the gate again.  Luckily the second time I passed!  Phew!
The entrance fee struck me as a bit steep, the grand total for the 4 of us was $70, plus $5 for parking.  Then a couple of hours later we HAD to buy lunch, because let's face it you can't spend a day at a waterpark without eating.  So that ended up costing another $25 and let me tell you, the menu was extremely limited, only consisting of a choice of hamburgers and French fries, cheese pizza, chicken ceasar salad (or wraps) or chicken nuggets.  the portions were very small and everything was dry and stale.  Trust me I don't come to a waterpark and experience a culinary sensation, but if you MAKE me buy your food at least make it something nice, fresh and plentiful!  (The grand total for our visit came to about $120, because of course you also need to get ice cream and other treats! a bit much for a trip to a small water park in Cape Coral, when we could go to Adventure Island, Tampa for not much more money but get to play in a bigger & better park).

My next issue was with my youngest daughter being 47.5 inches or 48.4 inches tall (depending on who was measuring her at the time) so some slides she ended up being able to go on several times (because they told her that she was indeed tall enough) only to be measured by a different person and told that she was too small and was then turned away.

There is an area for toddlers called the "Tot spot" and that's all great but the park is made for older kids and adults so next time I probably won't bring my 2 year old, just so that I too can have some more fun :).

Except for these small annoying things we did have a great time and the kids really enjoyed themselves, and the staff was courteous and the park is clean and well-planned out.  I was just left with a bitter taste in my mouth because it seemed like they were sucking out every single dollar that they could from everyone.  Im not even worried about the money per se but it just seemed to obvious.  I know all the theme parks are out to make mulas and that's all great but at least at Busch Gardens & Disney it's not so "in yo face".

Here are a few pictures from our Sun Splashy Day! 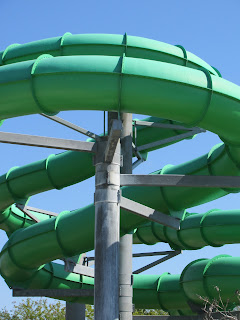 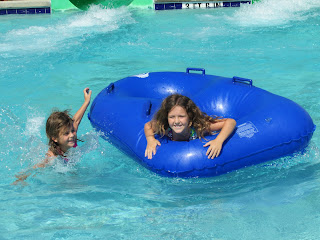 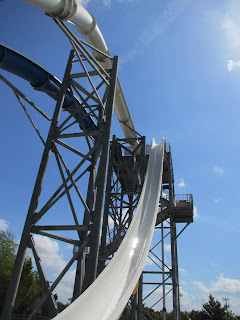 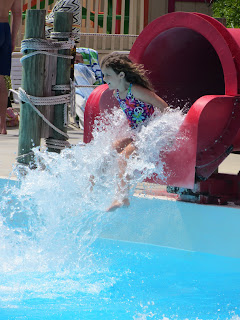 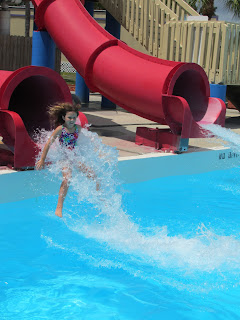 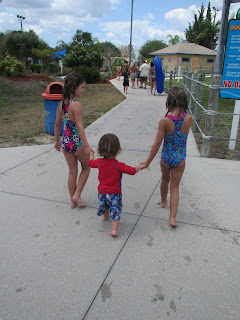