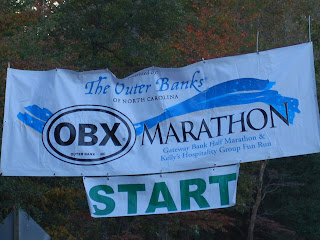 I used to run marathons, and I did it only because I loved doing it.  I was never very fast and never won anything.  As soon as the bullet went off many people people would take off and thousands of people would run by me and I would of course feel like I was doing something wrong, that I was too slow, and not as good as all the rest.  At the same time I knew that this was only the beginning and that we had 26.2 more miles to go.  And sure enough, later during the race I would see people hobbling along or even walking - probably the same people that made me feel inadeuate in the beginning.  This just enforeced my philosophy even more, that I do this my way, and I will get there when I get there.
There probably are people that feel better because they passed that "slow" woman in the beginning.  I however don't fel better or worse wheter or not I come in before or after someone.  I just love to run.
The only thing that I really hated about running was when someone was right behind me panting right in my neck.  I would just step to the side and let that person get ahead of me.

Now, the same thing holds true for my business, I do this because I love to paint & express myself through artwork.  I know that competition is fierce out there and I'm doing my best to promote my stuff and get some sales.  I don't care if other people are getting more sales or if other people are more successful.
However currently I do have one of those pesky people "running right behind me".  A person who is turning a friendly event into a bloody competition, where people's feelings & friendships don't count.
I'm trying to practice the same  kind of thinking as I did when running, I do this because I love it.
I'm not competing.  Feel free to get ahead of me.
I will get to where I need to be eventually.  And my friends will be there waitning for me. 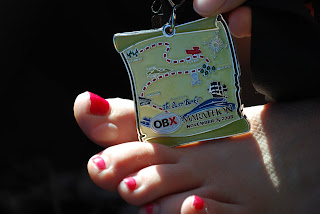